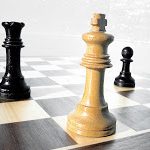 Such an example is the interactive ad at the London bus stop for two weeks in February Y’12, which ad shows different content to women and men.

There was used face recognition software with an HD camera, so that to determine whether a man or a woman was standing in front of the screen at the bus stop.

After the technology scanned the viewer’s face, there was shown the full advert to women, together with details about three 13 years old profiled girls’ lives – Jasmine from the UK, Bintou from Mali and Sur from Thailand. Men didn’t see the complete ad, but only a series of statistics about girls around the globe.

The cause of the campaign is related with the fact, that millions of girls in the world’s poorest countries don’t have choices like to go to school, as well as who and when they marry. So Plan UK organization has the goal to help them to complete their education and have more choices about their future.

The video below explains the campaign in more details:

And here’s the video with the stories of the three girls:

I like the idea for different content of the ad to men and women. I like the fact, that this is not only an ad, but a one, which first makes you a part of a “check control” and after that sends you the proper ad message for you. The strong points are, that here’s a right message to the right people, delivered in an interesting way and a social cause, which is described clearly and in details, so that not only to understand it, but also to feel it.